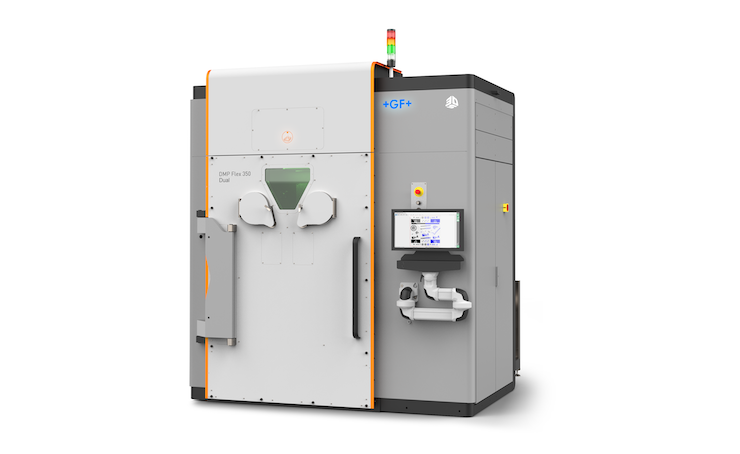 3D Systems has announced a new collaboration with Fleet Space Technologies, which has led to the production of innovative RF patch antennas for use on its Alpha satellite constellation.

Fleet Space Technologies and 3D Systems’ Application Innovation Group (AIG) allowed the two to architect an additive manufacturing solution that includes process development and bridge production on its DMP Flex 350, which will enable the companies to move from Fleet Space’s existing RF patch design to the small batch production in three weeks.

A DMP Flex 350 printer will be brought into service at the Fleet Space headquarters in Beverly, Adelaide, allowing the company to bring production of its patch antennas in-house.

The antennas will be used for each of the Alpha satellites operating in a constellation in low earth orbit as part of the aerospace company’s ExoSphere initiative for mining exploration with minimal environmental impact.

The Fleet Space team knew that the only way the geometry of the patch antenna design could be realised is through additive manufacturing. 3D Systems’ AIG developed print processes to produce the antenna on its DMP Flex 350 printer in two different materials, LaserForm AlSi10Mg and Al6061-RAM2.

Nardini added: “This technology will enable our people to create the production processes that will deliver on Fleet’s ambition to launch more than 140 low earth orbit satellites in the Alpha constellation.”