“It’s like a Star Trek replicator!” they said. “Everyone can make anything! It’s like a factory in your house!”.

A decade of crappy plastic novelties later, and desktop printing finally began its crawl up to the plateau of productivity. In terms of science fiction, it missed the mark.

But what if you could reorganise matter, not on the atomic level from thin air (like Star Trek’s matter-energy converting replicators), but on a molecular level? That sounds a little more like a replicator, right?

A team of researchers have apparently come one small step closer to realizing that sci-fi promise, and have released a paper detailing efforts to create a molecular 3D printer.

The team from Forschungszentrum Jülich, in Germany has developed a robotic system that can pick and place molecules and form nanoscale geometries, just like a nanoLego set.

However, unlike Lego, which features a uniform mating system allowing any brick to mate with any other brick, atoms and molecules behave differently. You can’t just slap one molecule onto the molecule of another substance. It will just fall off. Molecular bonding is an exact science, and each molecule has different rules for mating with other different molecules. That is where AI comes into the equation.

If this concept could be transferred to the nanoscale to allow individual molecules to be specifically put together or separated again just like LEGO bricks, the possibilities would be almost endless, given that there are around 1060 conceivable types of molecule. Dr. Christian Wagner, head of the molecular manipulation working group at the forschungszentrum.

The “printer” uses a scanning tunneling microscope to move the molecules into place much like a printhead. However, at larger scales it is easy to specify in 3D space where a filament should be deposited. At the nanoscale, this is not the case.There is way too much variability at that scale to simply calculate the location of where the molecule should go. This is where the AI helps.

“To date, such targeted movement of molecules has only been possible by hand, through trial and error,” said Prof. Dr. Stefan Tautz, head of Jülich’s Quantum Nanoscience institute. “But with the help of a self-learning, autonomous software control system, we have now succeeded for the first time in finding a solution for this diversity and variability on the nanoscale, and in automating this process.” 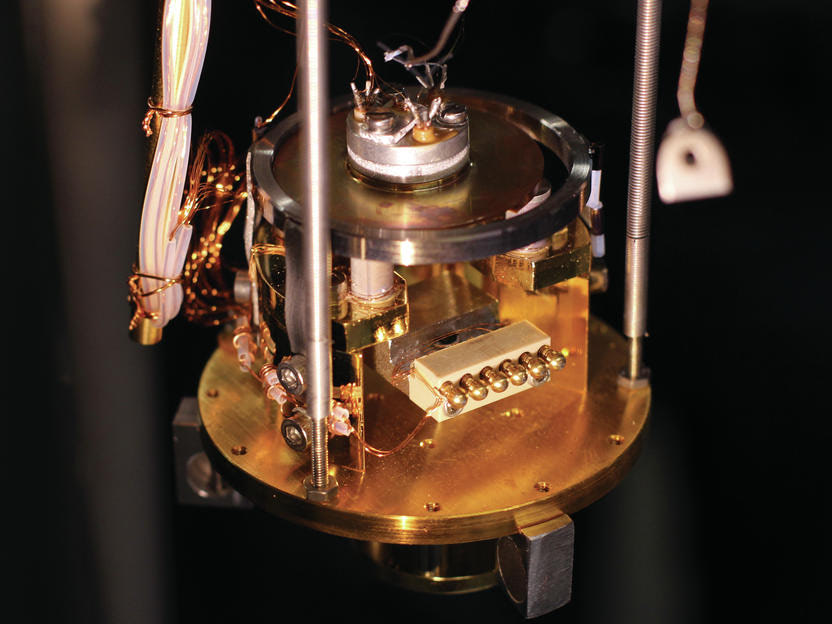 The solution apparently lies in the domain of machine learning, and specifically in the sub-domain of reinforcement learning. Using this methodology, the software rewards successful moves and penalizes incorrect ones.

“In our case, the [software] agent was given the task of removing individual molecules from a layer in which they are held by a complex network of chemical bonds,” said Wagner.

“To be precise, these were perylene molecules, such as those used in dyes and organic light-emitting diodes.”

“Up until now, this has only been a ‘proof of principle’,” said Tautz.

“However, we are confident that our work will pave the way for the robot-assisted automated construction of functional supramolecular structures, such as molecular transistors, memory cells, or qubits – with a speed, precision, and reliability far in excess of what is currently possible.”