The hardware side of 3D printers and the software side of slicing have improved significantly in the affordable 3D printing space, to the point that multi-color printing has become rather common. We’ve recently reviewed two dual-extruder printers, the Ultimaker S5 and the Flashforge Creator 3, and we’re currently in the process of reviewing another. While it’s become much easier to print in more than one color, creating the print-friendly multi-color models is still tricky. At least, it was before BigBrain3D created SimplyColor3D 2.0, which has a Kickstarter campaign that’s already met its funding goal.

The standard method of creating multi-color models for 3D printing varies depending on what type of printer will be used. For full-color printing on material jetting and sandstone printers, models can be virtually painted on the surface of the model, and the colors become part of the model that’s sliced for printing. For FDM printers, models have to be cut up into separate submodels wherever the colors are different using third-party software, and then the user sets which submodels are printed in which color during the slice process. It’s an understatement to say that it’s a clunky and tedious process.

Last year, BigBrain3D launched their first successful Kickstarter campaign for their then new SimplyColor 3D software. They delivered all the rewards and were able to update the application with the suggestions of their backers. With the new SimplyColor3D 2.0 version, users can easily create multi-color models for any type of 3D printer. It’s basically like the method of painting on the surface of the model except that it now works for FDM printing as well. Their software automatically creates the separate models that FDM machines need to print multi-color models. Of course, it can also output the full-color models (3MF) that can be printed on high-end machines at the print bureaus.
Unlike Canvas, which can only be used with their Palette multi-color system and therefore limited to only four colors, SimplyColor 3D doesn’t have color limits, and exported models are compatible with all 3D modeling and slicing programs.

It’s a feature-rich 3D painting program that provides amateurs and professionals with the tools they need to feel uninhibited. One of the more powerful tools is auto edge detection, which makes coloring specific features way easier than having to apply 3D masks from multiple perspectives. There are a number of other useful painting tools like fill region, global and island color replace, and stamping that make the coloring process as intuitive as possible.

That process really is as simple as four steps: load any STL or OBJ model, paint the model, export the model as 3MF or STLs, and then load the file(s) into the slicing program of your choice. It would be difficult to simplify that process any further so their software is well named. Their Kickstarter is offering a year of access to the cloud-based software for CAD25 (about $25) or lifetime access for CAD120 ($90), which is a steal for such a useful utility. 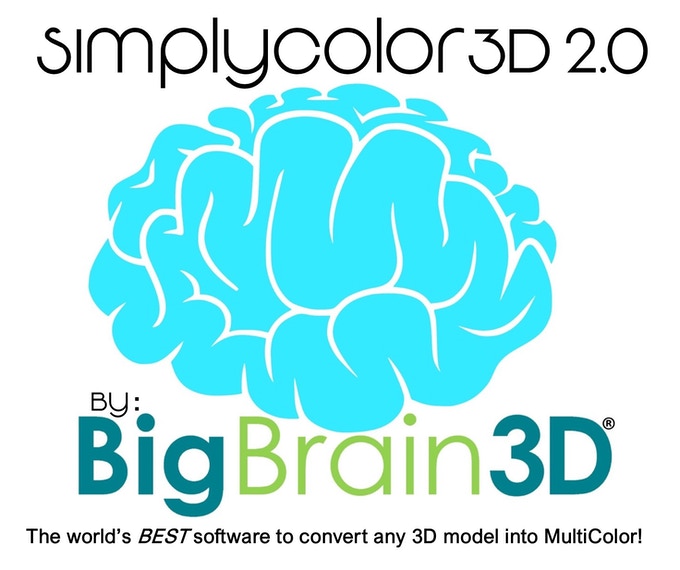