German automaker BMW is very big on additive manufacturing, especially when it comes to their research and development, having recently opened the doors to their Additive Manufacturing Campus for business just outside of Munich, Germany. Last year they managed to print over 300,000 parts, making them one of the largest producers of 3D printed automotive components on the planet.

They have recently taken their development efforts trackside, to enable rapid prototyping of test items for their racing bikes while they have track time. Not all engineering is possible inside a sterile lab. Sometimes you have to get out there and thrash the heck out of it (whatever it may be).

In this case, the automaker has been testing development parts for their motorcycles, and have taken their 3D printers to the track to enable fast-iteration of parts under test, based on the results of the track performance of the bikes on the day. 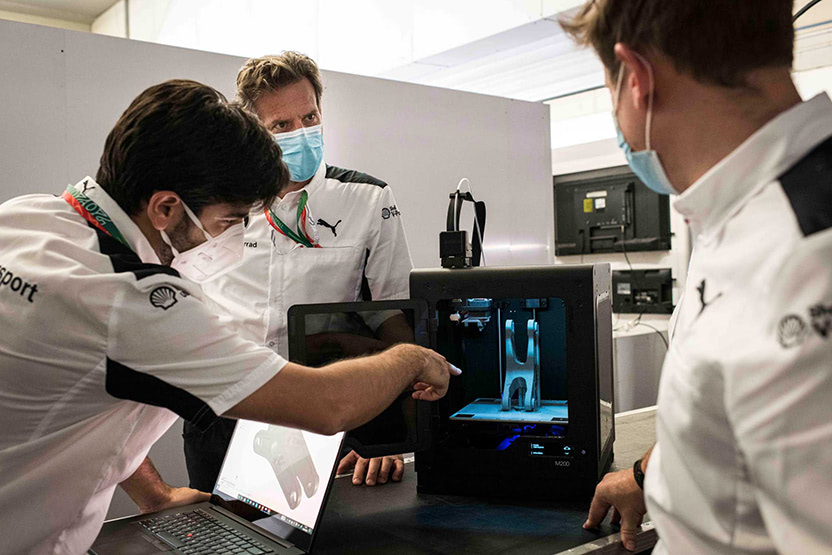 Specifically, BMW Motorrad Motorsport have been developing new components for their BMW S 1000RR World Superbike, which you can see in the image above.

“This technology allows us to make improvements to the RR quickly and efficiently. The development of a WorldSBK bike is an ongoing process and it is often the minor details that make a motorbike better,” said BMW Motorrad Motorsport Director Marc Bongers.

“We can use 3D printing to implement these [design changes] at the racetrack, even during race events. We then take the acquired data and the subsequent analyses – combined with comments from the drivers or input from the mechanics working on the bike itself – and generate input for the development team.”

For example, at the WorldSBK double-header at Jerez (Spain) and Portimão (Portugal) recently, the team took rider data from the first race, and printed a new optimized shock absorber linkage system prototype, where it was installed trackside.

The final optimized part was then sent to a local manufacturer who had the final part manufactured and ready for the second race just days later. This rapid turnaround was enabled by the combined testing and feedback allowed from trackside printing on the day.

The linkage design was a critical part for the handling of the motorcycle, which is why it was sent to a manufacturer for machining rather than using a printed plastic part in a race. But BMW hopes that these trackside replacements can be used during actual races for non-critical components such as adjustment levers, sensor brackets and quick-release couplings.

“This process is now much faster than when we had to wait until the parts were produced either internally or externally and made available for evaluation at the racetrack. It is also easier to evaluate potential touching with surrounding parts or restricted access than it would be on screen,” added Bongers. 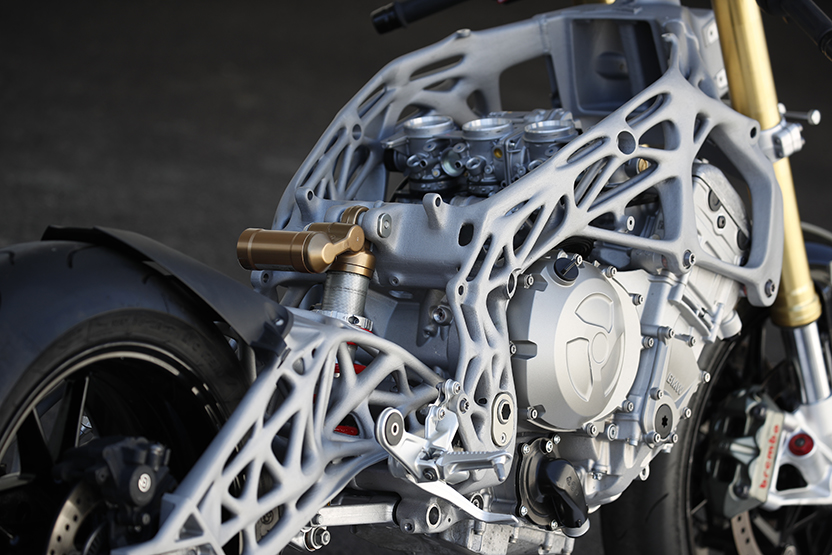 The BMW S1000RR was originally designed for the racetrack, and seems to be something of an AM testbed for BMW, as they made the news back in 2018 with a 3D printed chassis version, which you can see in all its topology optimised glory in the image above.

Given that the S1000RR eventually made it into consumer hands, will we see more of these innovations on future production models? We shall see.