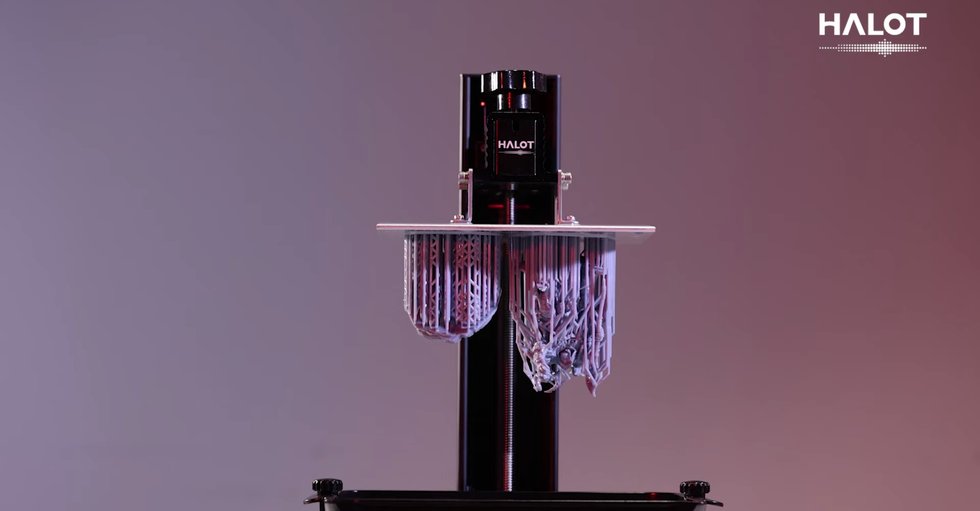 Creality has announced the launch of its latest resin-based 3D printing system, the HALOT-LITE.

Available from Q4 2021, the HALOT-LITE is said to offer ‘incredible performance’ in terms of moulding size, accuracy, stability and ease of use. Creality believes the new 3D printing platform will be able to meet the needs of both consumer and professional users, as well as potentially serving some users in industrial settings.

The HALOT-LITE, as with other machines within Creality’s HALOT LCD series of printers, is equipped with a next-generation optical system which has been developed in-house and allows the uniformity of the moulding surface to exceed 80%. It is also said to solve common issues, like uneven curing and printing layer patterns, found in other LCD 3D printers. Complementing the high uniformity, high precision and high fault tolerance of the optical system is a build volume of 192 x 120 x 200 mm, ensuring sizeable parts can be printed with fine details.

Supporting the HALOT-LITE is Creality’s HALOT-BOX slicing software, which promises ‘convenient slicing’ in seconds. With these capabilities, Creality is confident that users will be able to apply the HALOT-LITE in the dentistry, jewellery and architectural design sectors, as well as in the fields of animation and gaming.

Creality is currently exhibiting at TCT 3SIXTY at Stand F51, where it is showcasing the capabilities of several of its other 3D printing systems including the HALOT-ONE and HALOT-SKY, as well as products from its FDM range. The company was founded in Shenzhen in 2014 and has built up a portfolio of nearly 40 3D printing systems. As of 2018, the company had more than 500 employees.