Lockheed Martin has been experimenting with 3D printed components for large satellite structures for a while now. Even back in 2018 they were trialing the use of metal AM for the fabrication of titanium fuel tank sections, and had achieved a record-breaking 1.16-meter diameter fuel tank. It was at the time, the largest 3D printed space part.

That research has finally begun to pay off commercially for the aerospace giant, who have been offering the option of a 3D printed titanium tank for its LM 2100 satellite bus. Specifically, they have been manufacturing the end domes of a fuel tank. 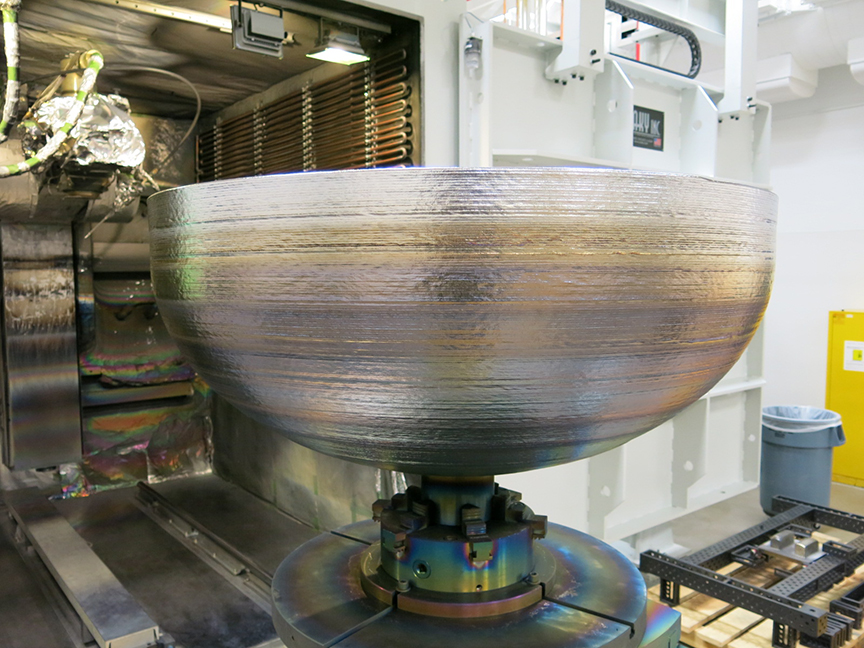 While cylindrical tank components can be made relatively easily with traditional metal forming, domes can be a little more labour intensive. How much more intensive? With traditional means, it would have taken 2 years to deliver the parts. With AM, just 3 months.

Hence why LM has turned to AM in order to achieve their goal of slashing satellite manufacturing costs and schedule by 50%. With this method, they actually reduced the delivery time by more than their goal with an 87 % reduction in schedule.

If you’re thinking of investing in a truck sized 3D printer to manufacture huge titanium parts, then you’ll be interested to know that the printer is manufactured by Chicago-based Sciaky Inc. who have been building welding systems since 1939, and have recently applied their electron beam welding experience to EBM additive manufacturing.

The image below shows an LM worker (for scale) next to their EBM printer and satellite tank dome at the LM space hardware manufacturing facility in Colorado, US. 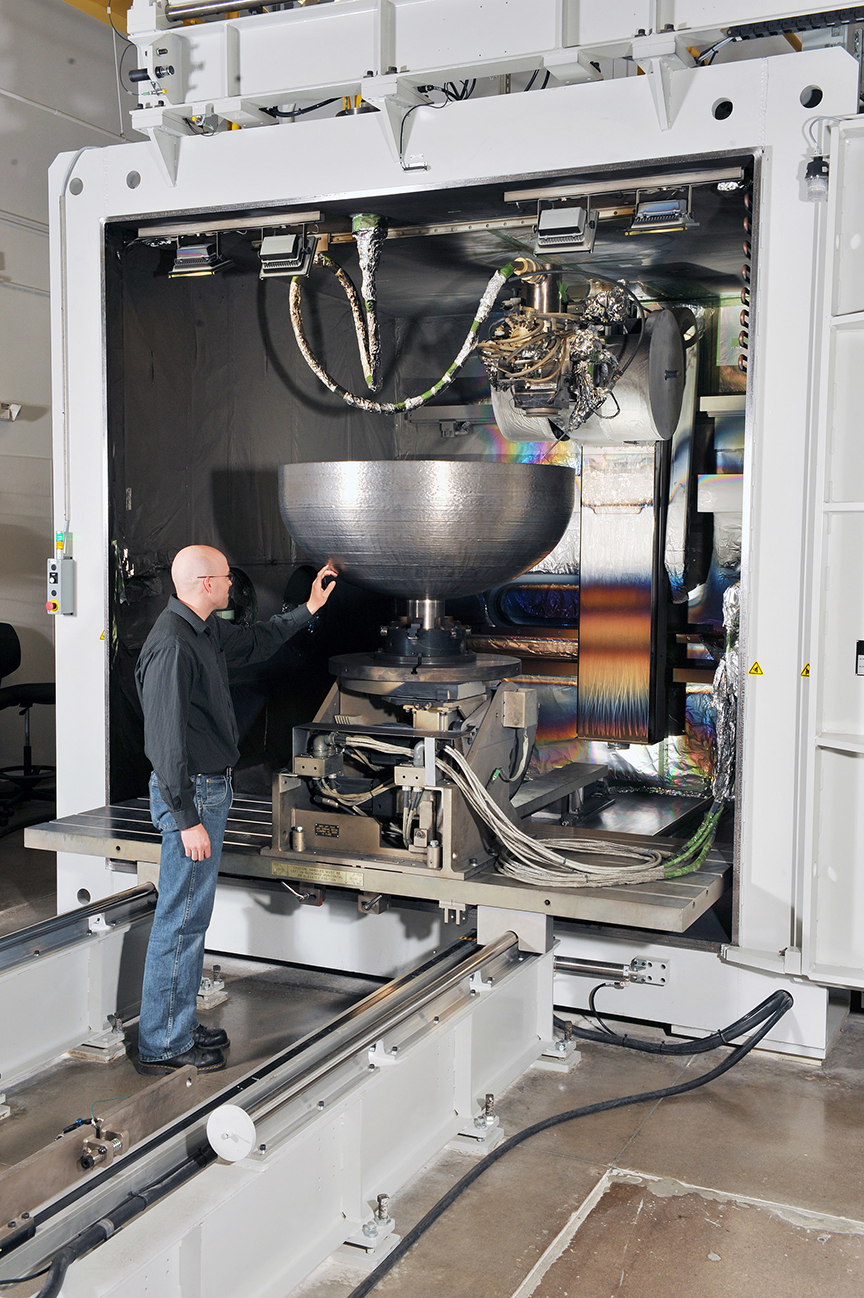 The printer used by Lockheed Martin was the Sciaky EBAM 110 (Electron Beam Additive Manufacturing), which aside from being the size of a truck, also has some interesting closed-loop features.

Specifically, the printer makes use of a system named IRISS (Interlayer Realtime Imaging & Sensing System), which as you can guess by the name, uses computer vision and algorithms to optimally adjust printing parameters as it is receiving feedback from its sensors.

The software dynamically updates certain parameters such as electron beam power, wire feed rate, and CNC motion profiles many times per second, allowing optimal deposition of the materials and reducing both wastage and defects. It all boils down to repeatability and predictability of quality. Very important in aerospace.

The printer chamber measures in at a cube-shaped 2794 x 2794 x 2794mm and can print parts of a volume up to 1778mm wide x 1194mm deep x 1600mm high. It can deposit the wire-based feedstock materials into electron-fused solids at a rate of up to 9kg of metal per hour making it the printer with the highest metal deposition rate in the industry.