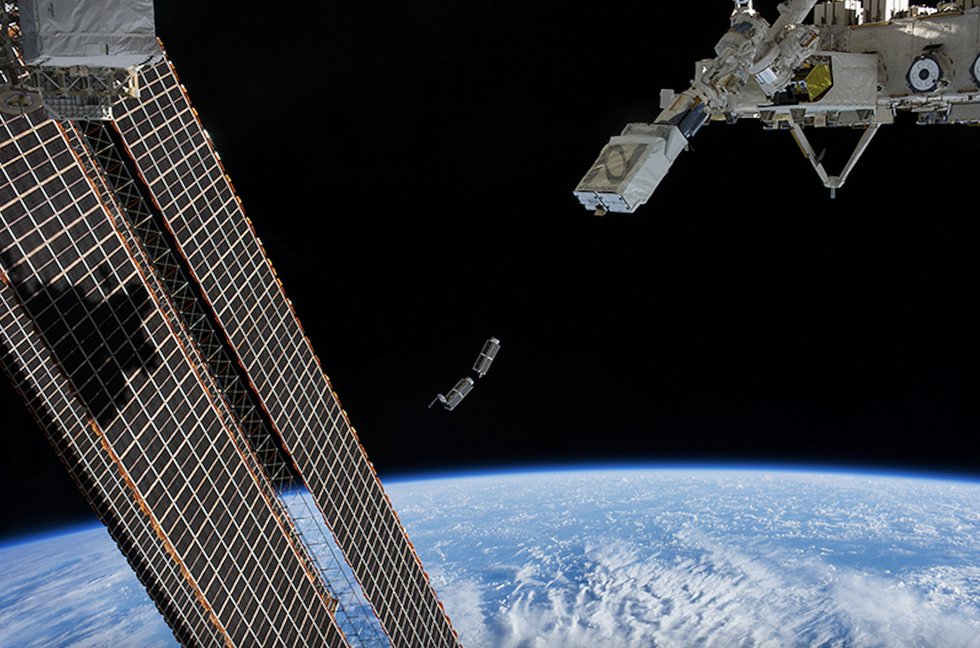 Sometimes, inspiration can come from the unlikeliest of sources. Take, for example, a Stradivarius that became the spark for an additive manufacturing (AM) project for engineers at NASA’s Jet Propulsion Laboratory (JPL).

It all started back in 2012. A.J. Mastropietro, Thermal Systems Engineer at NASA JPL in Southern California was just coming off the Mars Curiosity Rover mission having developed a challenging thermal control system to manage heat transfer across the largest rover ever sent to the Red Planet. It was a momentous achievement but also a ‘fabrication nightmare,’ as Mastropietro candidly puts it, consisting of a maze of aluminium tubing on flat plates designed to acquire and reject heat as needed. ‘There has to be a better way,’ the engineer thought. An article in The Economist, which talked about the 3D printing of a Stradivarius, appeared to offer one.

While polymers were more common, Mastropietro recalls the focus on printing metal around that time being mostly in direct laser sintering, and while JPL had successfully deployed DMLS, the engineer was instead intrigued by a technology coming out of a company in Ohio which offered ‘a very different technique’ to 3D printing metals. Fabrisonic, a spinout company of EWI since 2011, with its low temperature metal deposition Ultrasonic Additive Manufacturing (UAM) process, which leverages solid-state ultrasonic bonding using high-frequency vibrations to fuse together thin layers of metal with no change to metal microstructure, combined with traditional CNC milling, seemed like a good way to improve reliability of crucial metal components for spacecraft without the limitations of more established powder-based AM processes.

Mastropietro reached out and quickly put together a spontaneous JPL R&D proposal to explore improvements to the manufacturing of heat exchangers and radiators. The team secured the award and went to work with Fabrisonic using the UAM process to embed cooling channels into billets of aluminium.

Also overseeing this was Scott Roberts, Materials Technologist at NAS JPL, who, by his own admission, remembers the reaction around the lab to some of those early welds, albeit successful, being ‘this will never fly.’ But they worked on it, collaborating with Fabrisonic and NASA’s SBIR office, overcoming challenges around thermal and pressure tests to get to a point where now, Roberts says, when the team have shown UAM parts to those unfamiliar with the process, they often question where additive was even used.

“You can’t tell the substrate from the welded material,” Roberts said. “Everyone’s like, ‘Why aren’t we flying this like this? We should have done this ten years ago!’”

“You can’t tell where the additive layers transition from the initial billet material,” Mastropietro adds, pointing to a 3D printed aluminium heat exchanger while speaking over video call. “We even explored making internal features with mills and then just closing out the channels with an additive roof. It’s really, whatever you can think of – and we’ve thought about it – then we’ve found a way to do it. We’ve had a lot of success, whichever thread we pull on, which has been fun.”

One of the biggest benefits of UAM is the big part sizes it enables. Roberts describes one huge heat exchanger example produced at Fabrisonic for JPL being about the size of a desk, which, for metal additive manufacturing, historically constrained by small build sizes available on laser powder bed machines, is typically unheard of.

“For additive, it’s a very large part,” Roberts continued, “particularly with the fact that you can get the precision of a machine tool because they’re going in and making the channels with an end mill so you can get pretty high precision parts.”

Another big advantage is the ability to work with known materials. That’s not to say JPL isn’t interested in the new material possibilities that AM offers, it is – a big chunk of the work that Roberts’ team does in heat exchangers is in metal powder bed with AlSi10Mg – but the UAM option to use established materials that engineers are already comfortable with, along with the ability to join dissimilar metals, is extremely helpful when it comes to risk mitigation around flight applications and overall acceptance of the technology.

“The initial hump you have to get over for people to want to accept it is so much smaller than saying ‘I’m taking this 40-micron powder and turning it into a solid pressure vessel,’” Roberts elaborated. “That hurdle to get people to be willing to even contemplate [UAM] has been much easier for us in a very risk averse organisation.”

But once proven, the advantages are hard to dispute. In the case of that aluminium heat exchanger (shown below), UAM eliminated the need for thermal interfaces and hardware, and as a result, the part now weighs almost 30% less and performs 30% better than parts made via traditional methods. There could even be potential, Mastropietro believes, to marry the capabilities of power bed and UAM to build large, complex shapes, deploying “the right tool for the right application.”

“With this technology, you get rid of all the touch labor, all of the tube welding, which is actually very hard to manually do. There’s not an automated process to do it with a lot of reliability. This gets rid of all of that. It’s basically using an end mill to cut out a channel. It’s very reliable, and then use the additive part only where you need to use it, which is attractive from the material standpoint.”

For example, the Mars Rover is about the size of a small SUV and encompasses a myriad of individual components. The more parts, the more points of potential failure, which means everything has to be tight and run smoothly, particularly in the thermal department – no one wants a burst pipe in space – and that can make the pace of adoption much slower. For example, that 30% lighter aluminium heat exchanger was built as a single component with the Mars Rover Perseverance mission in mind. But even though the part was able to be manufactured in just three weeks and pass required tests, the rover launched in 2020 with a traditionally manufactured heat exchanger on board. Launching with a new manufacturing process was still deemed too risky.

“Would you rather spend a million dollars building a system? Or do you want to save $900,000 and risk everything blowing up?” Roberts said. “Every single time, that’s every trade that happens. ‘Yeah, that might be a little better but could it blow up our spacecrafts?’ And if the answer is yes, usually the answer is, let’s do it the old way. And that’s something that every organisation that has been around a long time has to face because you have a history for success and every failure is a really big deal. Whereas when you’re a newer, more agile organisation, failures are expected. NASA was expected to blow up all of our rockets back in the 40s and 50s. […] If we blow up half our rockets today, if SLS explodes on the first try, it’s a disaster for the organisation.”

The team has yet to fly a UAM part but is now working with materials and process and mission assurance teams to put the technology through its paces; running test heat exchanger plates through the gamut, from burst testing to ensure no leaks, to putting parts through various environmental pressures including thermal cycle tests and extreme launch loads. So far, it’s looking promising.

“It hits everything that we needed to for flight,” Mastropietro said. “I am not worried in the slightest that these things would pass flight. The hardest part right now is convincing materials and the stress side of it that we really understand the stress in these welds and they can model it and that takes a lot of statistical development.

To combat those doubts, Fabrisonic was awarded an America Makes project back in 2021 called ‘Ultrasonic Additive Manufacturing Technical Data Package Maturation’ to create a set of data for 6061 aluminium. The aim is to meet the aerospace industry’s needs for a Technical Data Package and supply customers with the data they need to have confidence in the technology.

While Roberts is keen to manage expectations – we’re not going to see UAM parts on manned missions in the next year, for example, though there has been interest from folks on the International Space Station who are ‘seriously considering’ UAM as part of their mission architecture – he believes once that documentation is attained, there’ll be no reason not to use it.

“I think once that’s there, there really is no excuse, in my opinion for JPL to not consider this at least for maybe not Class A big flagship missions, but definitely our smaller class type missions and especially CubeSats,” Roberts said.

In fact, one of the latest developments the JPL team did with Fabrisonic parts was part of a five-year project with Utah State University where they’ve proved out some smaller UAM parts for CubeSats, namely the development of mini pump fluid loop architecture with a deployable UAM radiator. They’ve also demonstrated a UAM radiator for a CubeSat that combines aluminium and copper to allow heat to spread more evenly.

“The best application for additive manufacturing is the thermal sciences. Hands down. Because it’s so enabling and it saves in every way: mass, performance, cost, schedule,” Mastropietro said.

Like the Stradivarius, the team hopes this work will inspire applications outside of the organisation and are making their findings available to benefit others further afield. That technology transfer is already happening and ongoing. Fabrisonic is using the process to manufacture parts for commercial customers, many they can’t publicly share, from aluminium aerospace parts to well drip pipes for oil and gas. In one case, leveraging NASA specifications to create a new weld head for a smaller ultrasonic 3D printer, one customer is said to have produced over 70,000 parts using Fabrisonic’s technology.

“We’re just going to keep pushing,” Roberts concludes. “We’ll get it to a point where everyone can see the awesome stuff that’s going on at these small businesses, and how these small 10-person companies can really innovate and change the way that we design, hopefully, billion dollar-plus missions. That’s just so cool. Not everything happens at these enormous organisations or giant primes.”