Wind turbines can be a little bit lossy in terms of their aerodynamic performance. Luckily mother nature has been working on this problem for a few billion years, and Toronto-based design firm Biome Renewables have teamed up with Renishaw to create biomimetic turbine blade modifications to boost power.

And what are they mimicking exactly? Kingfisher beaks and maple tree seeds, that’s what.

On a turbine blade there are losses from the tip and the root of the blade. This results in loss of power and can also create turbulence.

Biome Renewables has developed a retrofit blade system that can be installed onto existing wind turbine systems. They have recently tested this and another product (a propellor) in Northern Ireland where it showed promising results.

Their system, named as The Powercone, has drawn inspiration from the Kingfisher’s beak as well as the maple seed in order to reduce these aerodynamic losses. The resulting designs have seen a gain of 53% in peak aerodynamic efficiency, and a 13% increase in annual energy production.

So how exactly does it mimic nature?

The Kingfisher inspiration bit comes from the bird’s beak dipping into water. As the beak breaches the surface of the water, it does so without creating a ripple or a compression wave. This trait has evolved in the Kingfisher to assist with hunting fish. The lack of ripples or pressure waves in the water gives the bird an extra fraction of a second to catch its fishy prey before it notices the beak entering the water. The image below explains that. The PowerCone emulates the beak by directing wind from the root to the outer spans of the blade, and channeling it smoothly onto the blade surface.

A maple seed falls to the ground via the path of least resistance in the fluid medium (air). It has a time-dependant energy efficiency, meaning it responds to gusts and other disturbances dynamically during its fall as it tries to adjust to its least-resistive state.

Like the seed, the PowerCone absorbs gusts, and channels the wind along its blades, increasing torque, decreasing cut-in speeds, and increasing the turbine’s capacity factor.

Biomimicry and CFD (computerised fluid dynamics) are cool and we could talk about those topics all day long, but you’re maybe asking “where’s all the 3D printing?” at this point.

Well, given the curvy and organic shape of the PowerCone, naturally 3D printing seemed to offer something in terms of geometric freedom (and manufacturing speed) so Biome Renewables teamed up with metal printer company Renishaw in order to print the PowerCone, as well as another product, a 3D printed propellor for use in ocean turbines. 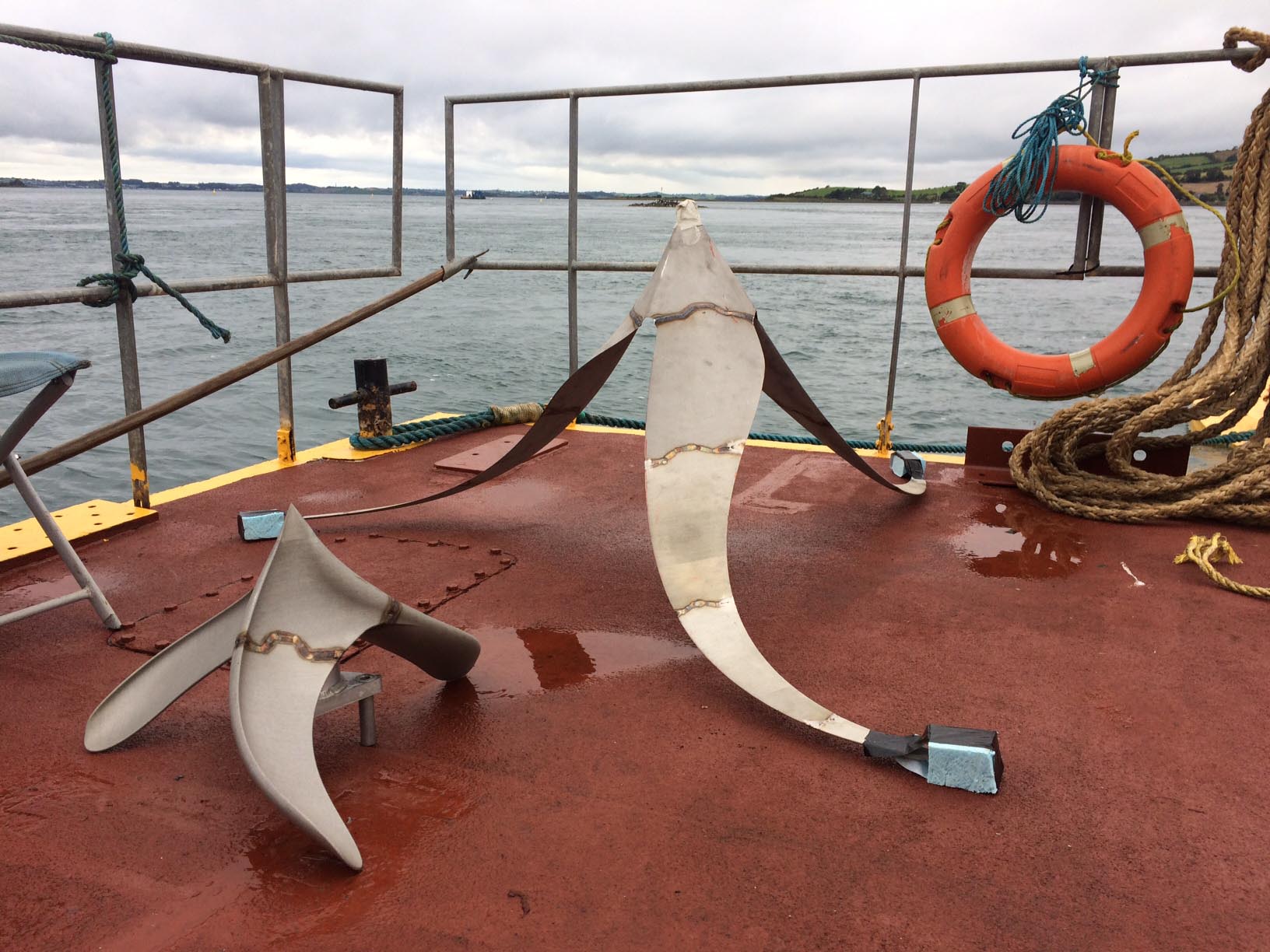 “The ocean turbine project was not only a great opportunity for us to work with one of our many Canadian customers, it was a chance for us to see how metal AM can improve the efficiency of renewable sources.”

“While people often think of metal AM as an expensive venture, the technology allowed Biome to reduce the cost of building the turbine by 80%.”

Both the PowerCone and printed propellor were recently tested at Strangford Loch in Northern Ireland, and the results showed significant power increases over a wide range of tidal velocities as a result of the printed parts.