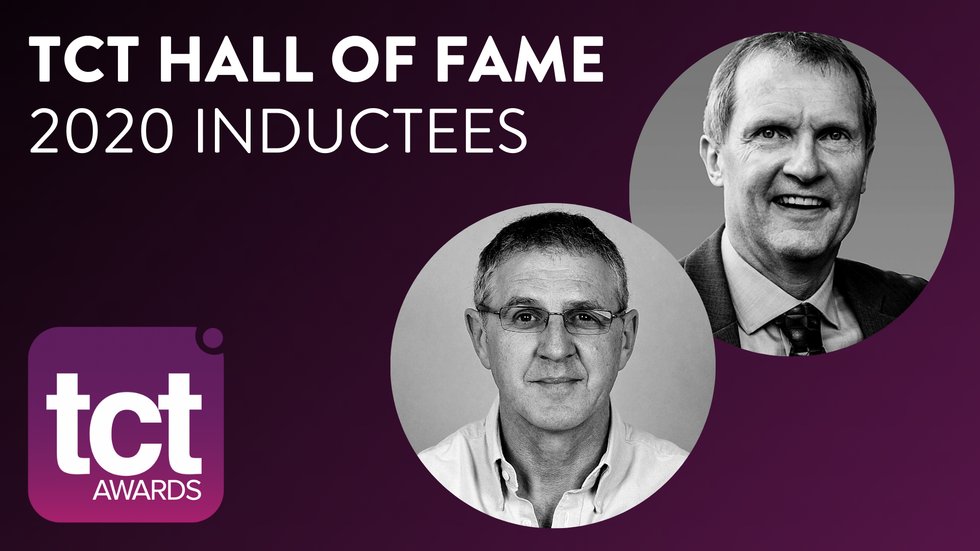 Phill Dickens and Terry Wohlers will be among the latest inductees into the TCT Hall of Fame at this year’s TCT Awards after being nominated ahead of the postponed 2020 ceremony.

Their belated induction into the Hall of Fame will proceed a 2022 induction, with this year’s nomination process currently ongoing. TCT Hall of Fame inductees are subject to a vote by the TCT Expert Advisory Board, which is made up of a range of additive manufacturing (AM) technology and industry experts.

Phill Dickens has been working within additive manufacturing for more than three decades, first as the founder of a world-leading research group and later as a professor at Loughborough University and the University of Nottingham. In these roles, he carried out research into 3D printing processes and introduced the technologies to a generation of young engineers. More recently, he co-founded Added Scientific, a company providing technical development expertise in AM, and has served on the UK AM Strategy board.

Terry Wohlers, meanwhile, is the Principal Consultant and President of Wohlers Associates, Inc., an independent consulting firm he founded 33 years ago. Over the years, he has provided assistance to more than 275 organisations in 27 countries, as well as to 180 companies in the investment community. He has authored 425 books, articles and technical papers; is a renowned speaker on the industry’s conference circuit; and is the principal author of the Wohlers Report, which has provided insights on the AM industry for 25 years.

Both Phill and Terry will be recognised for their contributions to the additive manufacturing industry at the TCT Awards ceremony on the evening of Wednesday 8th June, 2022 at the Hilton Birmingham Metropole. They will be joined by at least one additional Hall of Fame inductee – put forward by the TCT Expert Advisory Board in the 2022 round of voting.

TCT Awards will also highlight the work of a leading female innovator, with the TCT Women in 3D Printing Innovator Award to be handed out for the second time, while a further 11 awards will be announced on the night for technology and application innovations.

Details of the 2022 TCT Women in 3D Printing Innovator Award finalists can be found here, and the nominees for the 11 technology and application categories here. Tickets to attend the event – which will consist of a black tie drinks reception, three-course dinner, the awards ceremony and post-award networking opportunities – can be purchased here.

See the additive manufacturing and 3D printing developments in person by joining us at RAPID + TCT in Detroit on 17-19th May and at TCT 3Sixty in Birmingham, UK on 8-9th June.