The market for microfluidic chambers is still small, mostly because the technology to create them effectively hasn’t been around that long. 3D printing microfluidic circuits has the potential to rapidly advance a number of industries, including medical, robotics, and cooling. To further automate the process of getting liquids into printed objects, a team of researchers in Germany recently developed a printing process that deposits liquids into objects as they’re being printed.

The research project was led by Professor Wolfgang Binder and researcher Harald Rupp at Germany’s Martin Luther University Halle-Wittenberg. “The future lies in more complex methods that combine several production steps. That is why we were looking for a way to integrate liquids directly into the material during the printing process,” said Professor Binder. That certainly would save a lot of time, especially considering that their test capsules were only a few hundred microns wide.

Using a REGENHU bioprinter that’s equipped with multiple types of print heads, the team used one head to extrude a 5mm x 5mm shell matrix of the biodegradable polymer polycaprolactone (PCL). The matrix had voids in it ranging from 100 to 800 microns, and another head on the printer deposited liquid oil into the voids. After the voids were filled with oil, the extrusion head capped the top with more PCL, making an array of nanocapsules. That level of precision and automation paves the way to truly personalized medicine that’s actually accessible.

To run that point home, their final “reactive capsule composites were containing two different liquids for a fluorogenic CuAAC “click” reaction (copper(I)‐catalyzed alkyne azide cycloaddition), catalyzed by a heterogeneous catalyst: thermally reduced graphene oxide containing Cu(I)‐nanoparticles (TRGO).” To put that in normal-speak, they deposited two reactive liquids in different voids within the same matrix so that when the object is damaged, the liquids mix and cause a fluorogenic reaction, meaning it glows where the damage occurred. Automatic defect detection could be used in all sorts of applications, from infrastructure to medical. 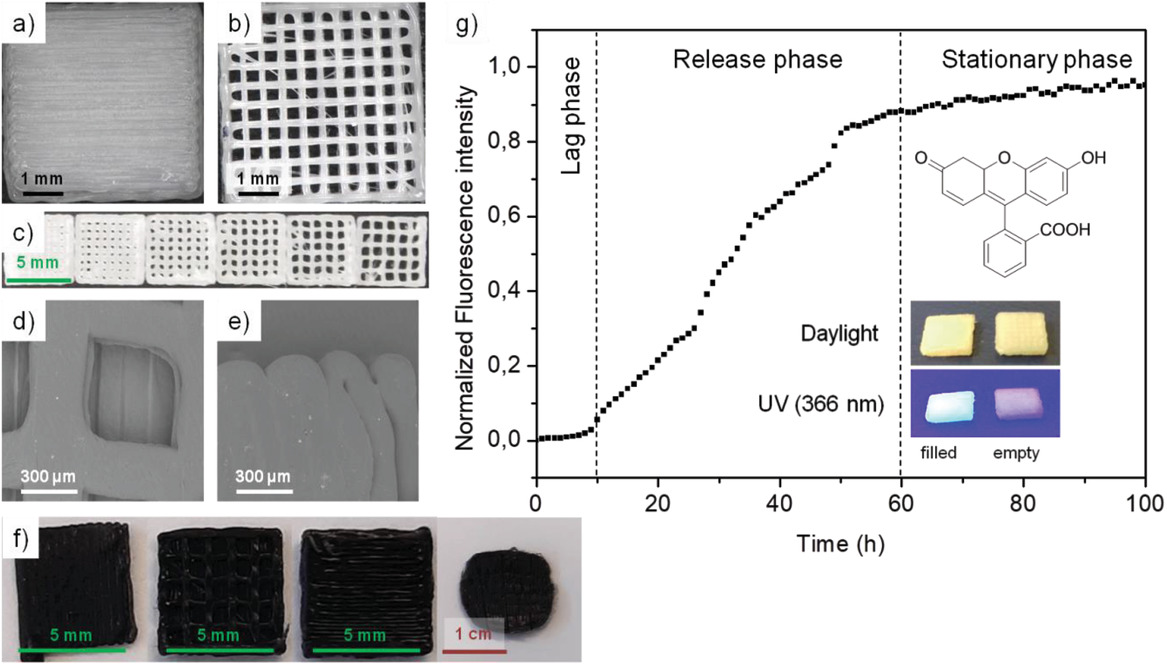 a) Microscopic image of the printed top layer (5 mm × 5 mm) to enclose the core–shell capsule system, b) the inner grid structure forming the capsule system, and c) different grid sizes with gaps from 100 to 800 µm. SEM images of d) one capsule void, e) the top layer, and f) pictures of different layers of the composite 10 during printing as well as a compressed/damaged sample. g) Diffusion test of printed core–shell capsule systems with fluorescein saturated farnesol solution as capsule filling. The release of the solution in ethanol was analyzed by fluorescence measurements.

The glowing effect was actually included to demonstrate the potential for self-healing composites, because if you can mix two liquids that glow when they mix on demand, you can do the same with liquids that cure into solids when they mix. Self-patching tires and auto-healing pipes are right around the corner. 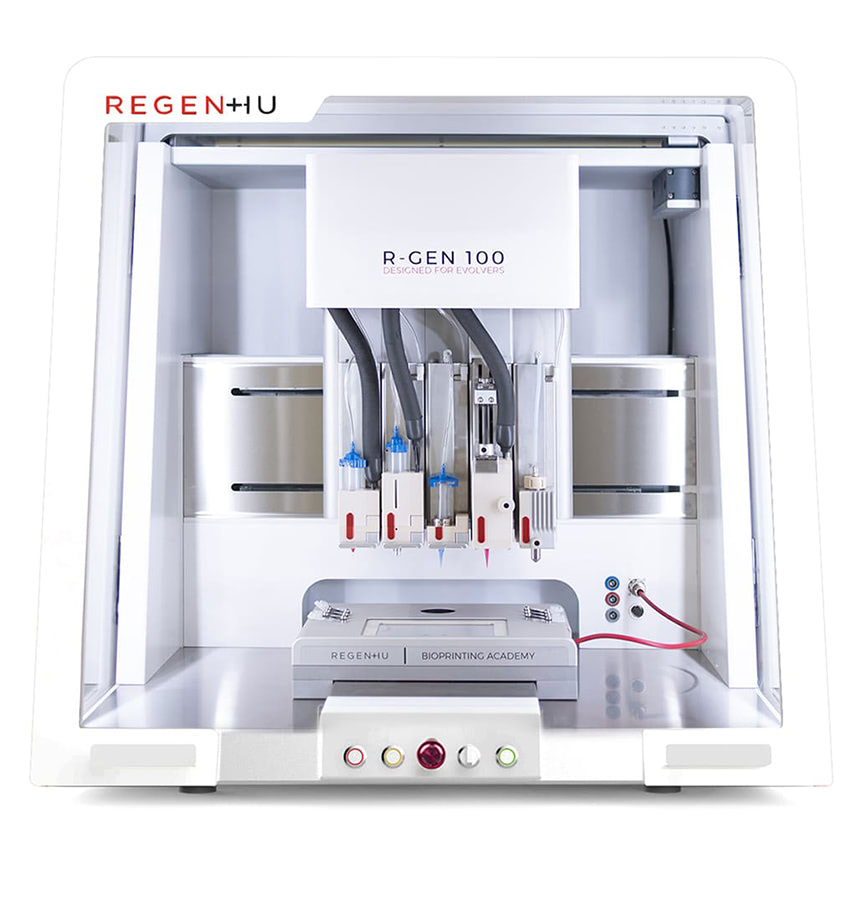