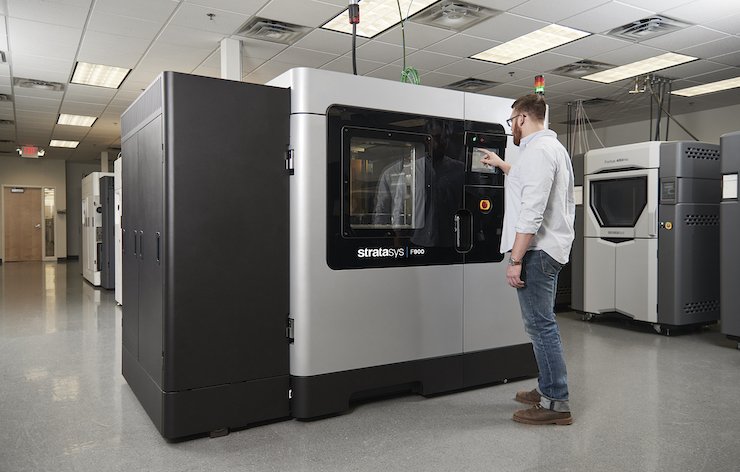 The U.S. Navy is set expected to take delivery of eight Stratasys 3D printers by the end of this year as part of a 20 million USD contract that will see up to 25 Stratasys F900 systems installed over the next five years.

The deal follows a report issued by The U.S. Department of Defense (DoD) earlier this year in which the department outlined its additive manufacturing strategy and the role the technology could potentially play in shifting to a digital manufacturing system to “modernise national defense systems, increase materiel readiness, and enhance warfighting innovation and capability.” The machines will be installed on bases in the U.S. and Japan and are intended to be used for the production of tools, training aids, end-use parts and support a wider goal for the Navy to move to a distributed manufacturing setup to maintain its fleet of aircraft across the globe.

“The benefits of additive manufacturing for military organisations like the U.S. Navy include cost-effectively extending the life of strategic and tactical assets like aircraft while ensuring sustainment activities can happen quickly and from virtually anywhere,” said Mark Menninger, Director of U.S. Government Business Segment for Stratasys. “This contract, the largest government project for Stratasys to-date, continues to expand the presence of industrial 3D printing from Stratasys across the U.S. government.”

Since their launch in 2018, Stratasys’ F900 FDM systems have been adopted by a number of industrial users, primarily in the aerospace sector, where customers like Boom Supersonic, BAE Systems and Airbus have deployed the technology for prototypes, tools and interior polymer parts. Last year, Stratasys reported one of its largest ever aerospace orders after Latvian service provider AM Craft purchased four F900 systems.