Are you concerned that your torpedos and other weapons of naval warfare are sinking to the bottom of the ocean and turning into pollution?.

Well worry no more, as researchers in the US Navy have been granted a patent for a 3D printable material that biodegrades in salt water!

Of course, we jest. The patent says that the material is developed for expendable devices that may be typically difficult to recover from the briny depths. 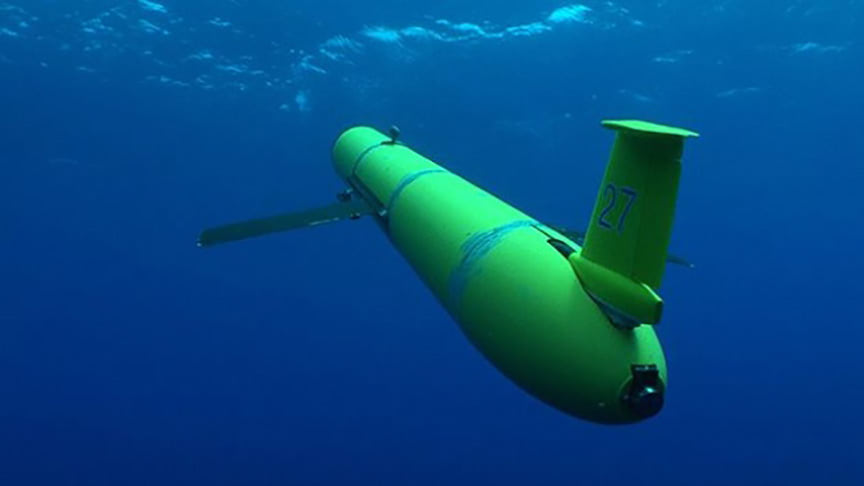 These devices tend to be single use items, or objects that are used continuously over time before being abandoned in the water. These are often housings containing electronics systems, such as sensor housings and underwater camera bodies which are often dropped onto the ocean bed for remote monitoring of the underwater environment.

The patent issued in August 2020 (Patent number US 10,752,772) describes the combination of a polymer base mixed with a gelling agent made with naturally occurring Agar (which can be extracted from various kinds of algae).

The patent shows the housing at various stages of decomposition. Any resemblance to a weapon is purely coincidental. If you want to drop something to sink through a fluid, this just happens to be the best shape for the task.

The patent itself covers both the composition of the polymer/gelling agent system as well as the method for printing it. It also contains a flow of the process for 3D printing with the biological matter.

The flow chart shows that the polymer system is transformed into a filament where it is printed via some kind of low temperature filament extrusion process, similar to a standard desktop filament deposition 3D printer. It also states that the rate of decomposition is primarily driven by the amount of gelling agent that is added to the polymer mix.

The table below (source: patent) shows the various target life of the systems, and which treatment combinations yield those responses. We can see that increasing the proportion of the Agar with respect to PCL (Polycaprolactone- a biodegradable polyester base) reduces the time for degradation.

According to the patent, other biodegradable base polymers can also be used in the system, including another naturally occurring polymer, PHA (Polyhydroxyalkanoate), and also PBS (Polybutylene succinate), the latter being artificially synthesised but still degradable in water and CO2.

You will notice a column in the table headed as “Biologicals”.

These so-called biologicals are microorganisms and enzymes which can also speed up the biodegradation of the polymer bases. They live in the Agar which serves as a scaffold for housing these little creatures. The biologicals can be used for other purposes too, such as rendering explosive materials inert, or for growing structures underwater.

Of course, these microorganisms need nutrients too, and the scaffold can hold various foodstuffs for the biologicals to thrive, as well as antibiotics to keep the microorganisms in peak condition for extended durations.

One such nutrient is “yeast extract”. Presumably it will be some custom recipe rather than an off the shelf solution. Thankfully microorganisms have no tastebuds.

The Navy plans to licence this technology out to other companies, as it has a range of applications, which could include the manufacture of biodegradable fishing nets, among other innovations.